Whats The Right Way To Use A Sanitiser

A sanitiser is the most convenient way to clean hands, but its overuse could affect the skin adversely. So what’s the right way to use one? 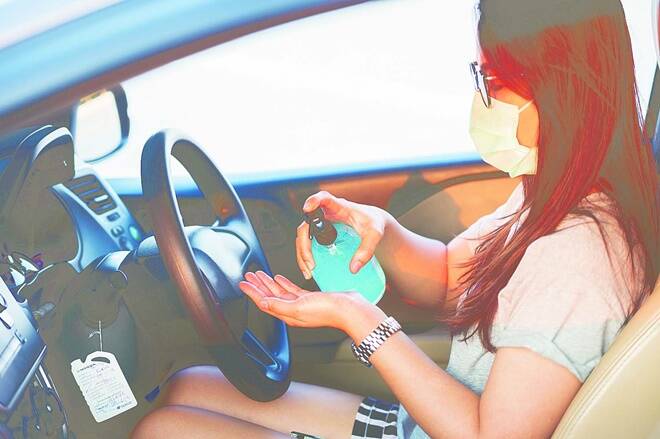 The demand for hand sanitisers has surged during the pandemic, with many new entrants and brands making their way to store shelves. But what has perhaps slipped past our attention is that many of these are fake or below standard, and can affect skin adversely, resulting in allergies. The US Food and Drug Administration (FDA) has also issued a warning on the use of certain hand sanitisers that contain methanol or wood alcohol. If absorbed, these can cause hospitalisation or even blindness. The agency has urged consumers not to use these subpotent products.

Indian state governments have also taken stringent measures and have conducted raids in different markets to avoid such mishaps. Recently, Haryana’s health minister Anil Vij stated that the government has registered cases against 11 sanitiser brands after their samples failed quality parameters. In another incident, Delhi BJP spokesperson Praveen Shankar Kapoor wrote to Delhi Lieutenant-Governor Anil Baijal seeking restrictions on manufacturing of methanol-based hand sanitisers and alleging that these could lead to skin allergies or skin cancer. Kapoor suggested mandatory mentioning of drug and excise registration details on the bottles and a vigil on markets where the sanitisers are being manufactured.

The World Health Organization has prescribed two standard formulations for sanitisers. The first one refers to ethanol 80% (v/v), glycerol 1.45% (v/v) and hydrogen peroxide 0.125%, where v/v stands for volume. The second consists of isopropyl alcohol 75% (v/v), glycerol 1.45% (v/v) and hydrogen peroxide 0.125% (v/v). As per the WHO, both the formulations are acceptable standards for hand sanitisers.

It’s true that a sanitiser is the most convenient way to clean hands, especially when in transit, but its overuse can make the skin dry. “Alcohol-based products can worsen the skin condition,” says Delhi-based Shuchin Bajaj, founder-director of Ujala Cygnus Healthcare Services, adding that children in schools and childcare facilities should use sanitisers only under supervision. “Plus, if your hand sanitiser is scented, it’s likely loaded with toxic chemicals.

Companies aren’t required to disclose the ingredients that make up their secret scents and, therefore, are generally made from chemicals,” he says.

The right usage and consumption of sanitisers vary for different people. “It’s not a single recipe for all,” says Ashutosh Sharma, secretary, department of science and technology, Government of India. “A medical doctor may require a higher formulation than a person sitting at home,” he says.

Then there are those who sanitise hands too frequently. Delhi-based clinical psychologist Prerna Kohli has, in fact, seen a spike in the number of patients suffering from obsessive-compulsive disorder during the lockdown. “The fear of contracting an infection and repeatedly sanitising to avoid it are some of the symptoms of compulsive sanitising, which leads to dermatitis (rashes on the front or back of hand),” she says.

Sanitisers do not remove all types of germs or harmful chemicals and are not suitable for greasy or dirty hands. “Excessive use can kill the good bacteria and expose skin to damage. Overuse can lead to dryness, eczema, itching, allergies and other problems, as well as an increased amount of pesticides in the body. Ingestion may lead to low blood sugar, intoxication and even coma. A sanitiser is also labelled as a fire hazard and, therefore, if you spill some, wipe it immediately with water,” says Rinky Kapoor, celebrity cosmetic dermatologist and director, The Esthetic Clinics, a plastic and cosmetic surgery and dermatology (skincare) centre based in Mumbai, Delhi, Hyderabad and Kolkata. Ingredients such as methanol, triclosan and triclocarban are toxic and can cause severe side effects, cautions Kapoor.

According to The Centers for Disease Control and Prevention, a national public health institute in the US, soap and water are preferable to sanitising gels as these may not be as effective as soap in terms of eliminating all types of germs. But elements like thickener (that allows for controlled dosage as a gel), denaturant (required by law so people don’t ingest the alcohol), handcare ingredients (like glycerin, aloe and plant extracts that partly mitigate the drying impact that alcohol can have on skin) and other minor excipients for pH control, etc, are effective. “Denaturants are meant to make alcohol unpalatable for human consumption. For hand sanitisers, we select those which are acceptable even if ingested in microscopic quantities. While phthalates are a recommended denaturant, acetone is a better choice. Similarly, thickeners used are often acrylate copolymers… choose the safer ones for human use and for the environment,” says Shankar Prasad, founder, Plum, a vegan beauty brand, making aloe cleansing gel-based sanitisers.